Symptoms of GAS (Part I) My Story By Dan K 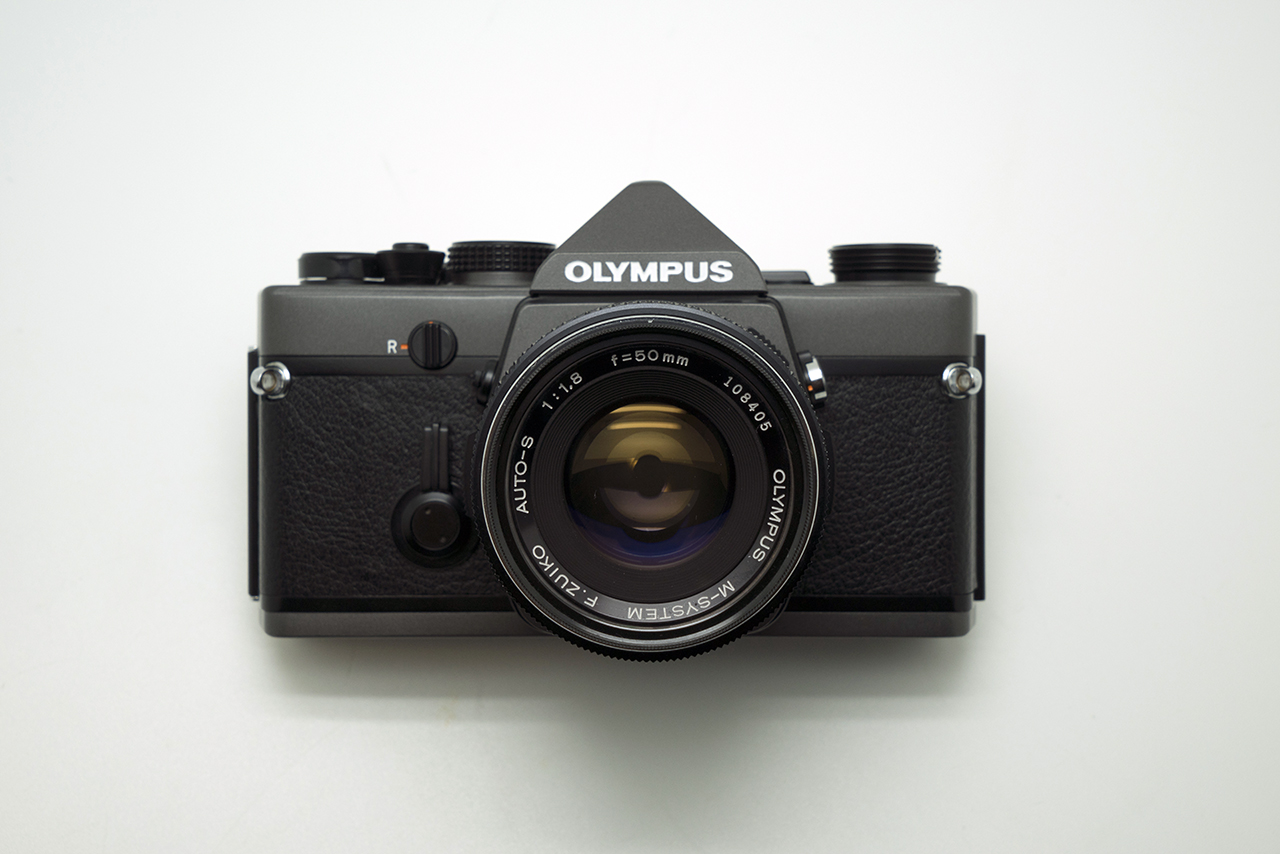 Symptoms of GAS (Part I) My Story By Dan K
Dan K addresses an issue that affects us all at some point in our photographic journey. GAS can be a terrible affliction for some and a joy for others. I have to say I have got through the worst of my GAS, but then my job is really helpful for that. Perhaps some might call me an enabler though….

“Gear Acquisition Syndrome” or “GAS” for short, is modern photography slang for craving ever more gear, even when doing so may bring little or no incremental capability. It’s a slippery slope that leads to irrational spending and distracts from skill building. However, it’s a human tendency that most people go through and a learning experience. It’s a vast topic and I’ll probably end up writing a series on it, but let’s start out with a cautionary tale; my story.

Hello, I’m Dan and I’m a GAS addict. This is my first meeting of GAS Anonymous.

My first child was born in 2003, about the time when consumer DSLRs were king. They had reached a watershed level of quality and stood head and shoulders above compact cameras and smartphones of the day. After considerable research and asking friends who knew far more than I, I bought a Canon EOS 400D and a fantastic Tamron 17-50mm 2.8 lens and rediscovered what I then considered ‘advanced skills’ of aperture priority mode and shutter priority shooting, learning them from the camera manual. I thought I was an overnight expert and went out and filled many 2GB cards full of what I believed was art. In truth, there is precious little that I do today that I couldn’t do with that very basic and now very dated camera and yet it proved a gateway to a vast amount of spending on photography gear.

At first, it was all about building greater technical capabilities. I started wondering if a longer lens would allow me to get better distance shots and shallower depth of field. Would a wider lens allow me to take in more and create more emotive close in shots? I bought more lenses, always zooms… and I made sure I overlapped zoom ranges because I wouldn’t want to miss a shot if the wide zoom started getting into medium zoom range and had to change lenses. And yet I seemed always to be changing lenses and before long I was one of those guys who went out with a full backpack and a tripod strapped to the back.

The big jump in spending was when a well meaning friend convinced me to move up to the Canon EOS 5D Mark II so I could make full use of the full frame lenses I was not buying. I started buying professional quality “L” lenses and magically, my photography improved. Looking back, I realise that the reason why my photography was improving wasn’t that my gear was making better photos, but each piece of new equipment inspired me to take new photos and my skill level was rising. My spending started to outstrip my earning power and I learned to buy second hand. I bought a fantastic 85mm f/1.2L for half retail value and discovered the unbridled joy of taking close portraits in the dark with only half an eyeball in focus. It sounds stupid now, but at the time, I was jumping up and down with misplaced enthusiasm. At least I learned critical focus and a valuable lesson about needing sufficient depth of field. This triggered an expensive forray into off camera flash.

Festooned with gear, I trudged round Tokyo disneyland carrying two children, a backpack, a heavy DSLR while my wife became an impromptu light stand. I had pangs of jealousy at locals who’d whip out a compact camera, snap a shot and skip on to a the next ride while I suffered with lower back and worrying chest chest pains. About this time I got back into film was inspired to buy the Ricoh GR1V, perhaps the best luxury film compact for street photography and the antithesis of by backpack full of professional DSLR kit. I was well ahead of the market curve and bought it at the time when film was all but dead and hadn’t become fashionable again. I bought more and more of these cameras. I wrote about them and others did too and watched my growing collection appreciate in value. This was a trap, because investment appreciation was now part of my mental equation. Before long, my collection boasted all but a couple of the rarest luxury film compact cameras, which I found myself paying top dollar for because I, and many other people had started writing about the genre. Collecting is a curse, because you buy cameras you’ll never use, just for the joy of owning them.

I started to collect more and more genres as I wrote group articles. I like to own and use a camera and get to know each camera before I write about them. Eventually, I got to the point where I was about to buy a cheap Voigtlander Vito II but backed away because I was fearful of starting another collection. By this point. All logic has gone out of the window. I’m no longer thinking about affordability, because I always find a way to come up with the money. Stores give me credit on reputation alone. My greatest problem is storage. I have runout of spaces in my storeroom, home and office for dryboxes. I have cameras and gear concealed everywhere, in box files. I even have a camera or two in the garden. If robbed burglers won’t be able to find the good cameras among the bad. They’d better bring pallettes and pallette movers. I can’t remember all the stuff I own and I have come close to a breakdown discovering piles of stuff I forgot I had.

I have started selling, but it’s hard. When I try to sell things fall into three categories:

1. Things that I love so much and can’t do without e.g. my Nikon F2 and Noct-Nikkor.
2. Collectibles that are hard to find and would probably end up repurchasing for more later, if I needed to write an article. I have poor recall and my collection is like a reference library.
3. Great cameras and lenses that would fetch a poor price. Why sell an OM-40 for a few dollars? It’s such a great camera.

In truth, I have made few individual mistakes, because I’m pretty good at spotting a bargain or a rare piece of kit.

I do sell some duplicates accumulated as parts of larger purchases and have a slow stream of income coming from selling in consignment stores, but the stores are clever. They tell me to come pick up cash when they have something newly in stock that they know I want. I rarely walk out with cash in my pocket. I bet if I sent Bellamy a box of stuff, he’d magically find a Canon Original for under a million yen. I once went to a camera fair deliberately leaving my wallet behind and left with a thousand dollar rare Minolta lens because a camera store persuaded me to buy from another camera store, persuaded them to sell it to me cheap and fronted me the money.

I got to the point where I stopped writing about cameras. I dropped off twitter for a while. I left Bellamy in the lurch for nearly a year after three back-to-back Unsung Heroes articles burned me out. I *almost* stopped buying cameras and gear. However, I recognise now I’m powerless over this addiction and what a delicious addiction it is!

I fantasize that I might be able to sell some collections piecemeal and focus on buying higher-end things so at least I’ll have more space. It’s a fantasy, but it’s a ray of hope.

I should illustrate this article with a photo of a big pile of all the stuff I own or a list of my gear, but that would be too painful and would probably end up as evidence in a divorce settlement when my wife realises the full extent of my problem. So instead, I’ll just ask Bellamy to post a couple of pictures of lovely kit and trigger your own GAS, like bringing a bottle of Cognac to an AA meeting instead of a box of bagels. Forgive me.

I know I’m not alone in this. Do you have a GAS problem? Share your story and we can at least commiserate together.

Dan K is a life-long enthusiast photographer. He celebrated his return to film by collecting just about every quality camera and lens that he could lay his hands upon. Along the way he has developed an encyclopaedic knowledge of film cameras and film processing. Follow him on twitter for a humorous look at photography techniques and technology from all eras. Follow him on Tumblr for his images, journey of photographic discovery and a generous helping of gear-porn.

Past articles that he’s written on similar topics:
http://www.japancamerahunter.com/2015/11/selecting-your-back-to-film-camera-by-dan-k/

Tumblr http://zdp-189.tumblr.com/
Twitter http://twitter.com/ZDP189
He was also on ‘In your bag’
You can read all of Dan’s other articles here

Want to get more GAS? Check out my Instagram and Flickr. Be warned, the images there may be addictive. 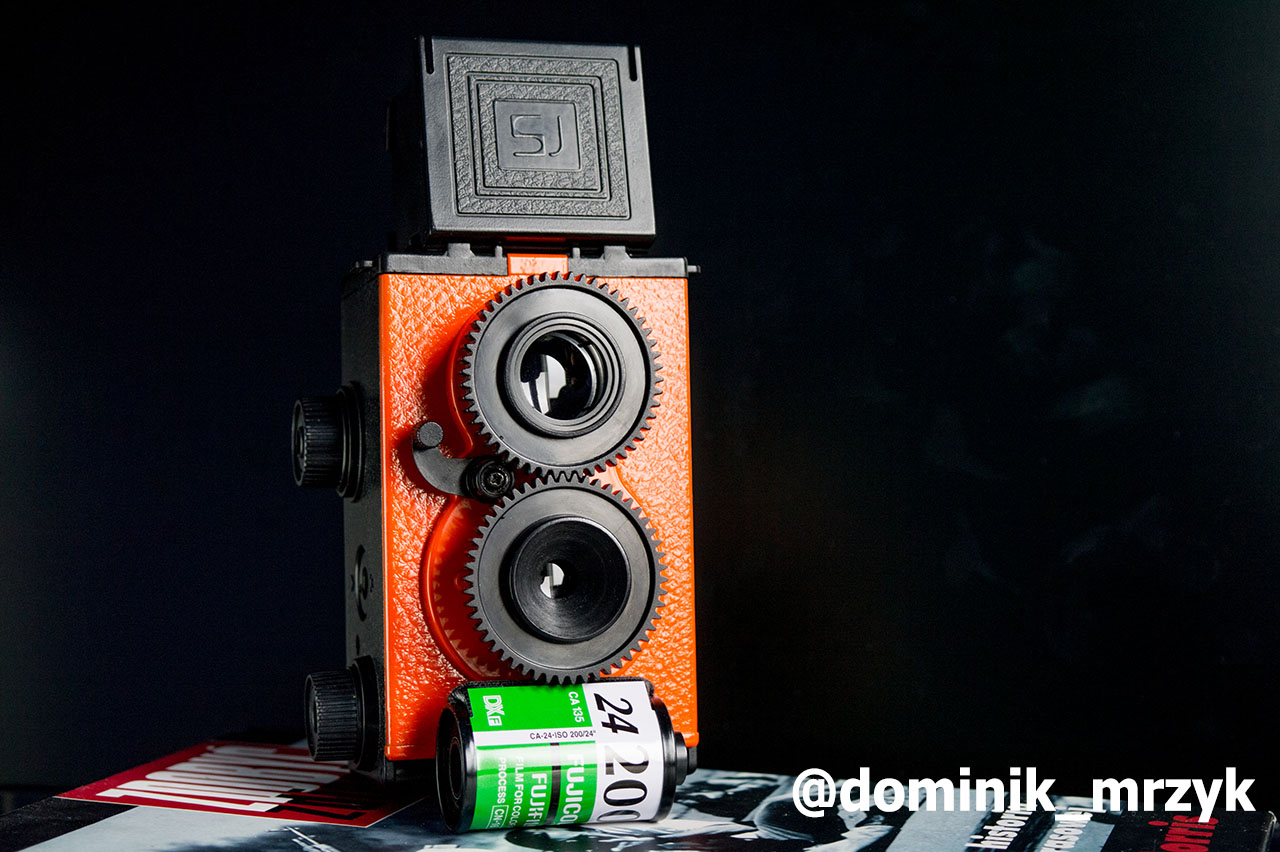 Getting The Best Image Out Of A Toy Camera 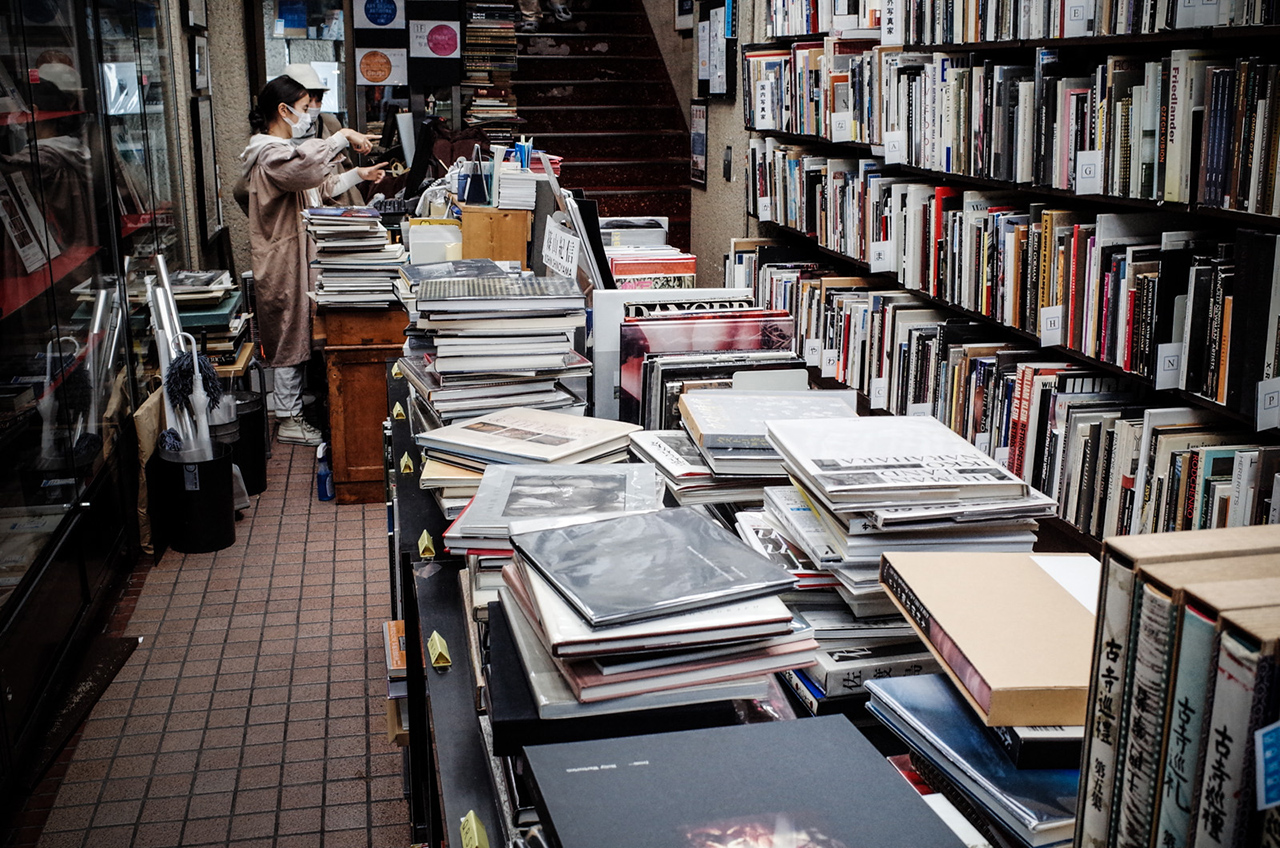 Hunting For Photo Books In Tokyo 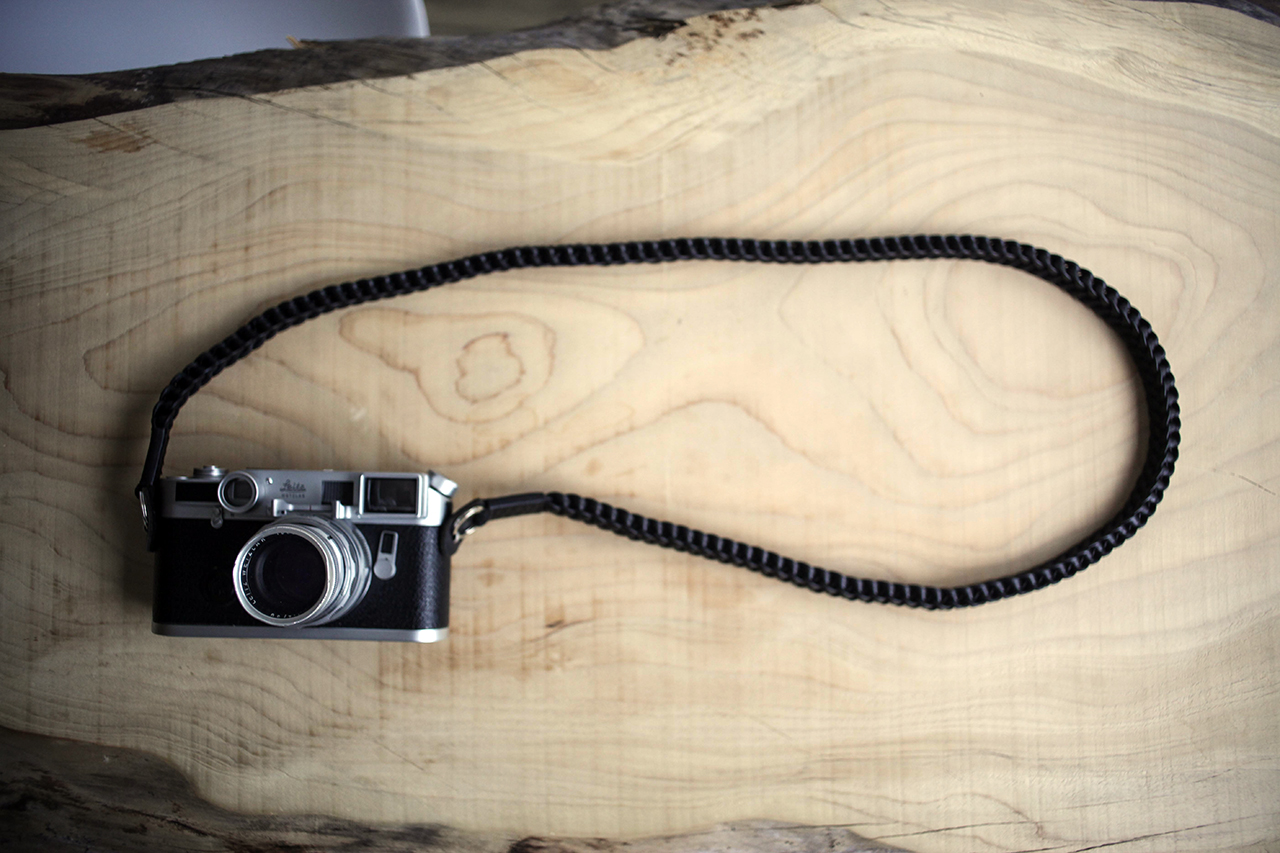 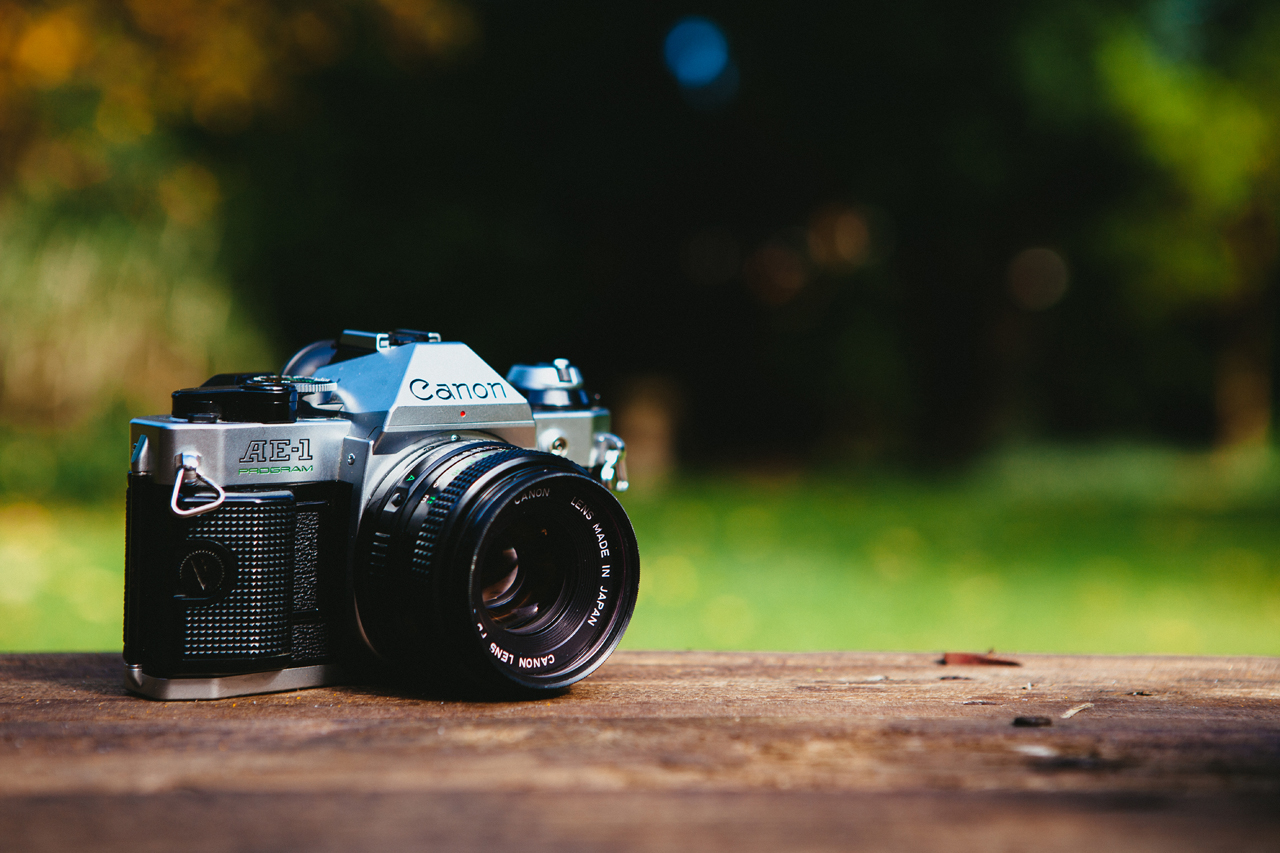